On Popular Memory and Third Cinema: the work of Teshome Gabriel 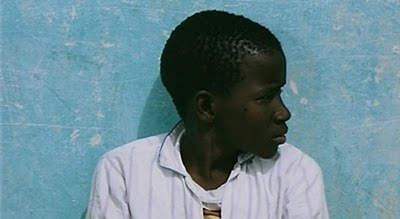 In 1974, Teshome Gabriel, who was at the time a [UCLA] Ph.D. student but who would later be widely credited with introducing Third Cinema theory to Euro-American film scholars with the publication of his 1982 dissertation, Third Cinema in the Third World: The Aesthetic of Liberation, organized a weekly Third World Film Club. Through 1976, the club screened the work of radical filmmakers mostly from Latin American and Africa including Miguel Littín (Chile), Jorge Sanjinés (Bolivia), Solanas and Getino (Argentina), and Ousmane Sembene (Senegal). The Los Angeles School was especially influenced by the classics of Cuban and Brazilian cinema including Memories of Underdevelopment (Tomas Gutierrez Alea, 1968), Lucía (Humberto Solás, 1968), The Last Supper (Gutierrez Alea, 1976), and the work of Nelson Pereira dos Santos (Brazil) and Glauber Rocha (Brazil), who, invited by Gabriel, visited UCLA in 1978.

[Footnote 15: Teshome Gabriel’s importance should not be underestimated. In a recent assessment of Third Cinema, Anthony Guneratne refers to the appearance of Gabriel’s book as a “watershed,” “the first work in English to undertake a comprehensive exposition of Third Cinema theory in relation to the social and political situations it addressed.” See Guneratne and Dissanayake, Rethinking Third Cinema].

Official history tends to arrest the future by means of the past. Historians privilege the written word of the text - it serves as their rule of law. It claims a "center" which continuously marginalizes others. In this way its ideology inhibits people from constructing their own history or histories.
Popular memory, on the other hand, considers the past as a political issue. It orders the past not only as a reference point but also as a theme of struggle. For popular memory, there are  no longer any "centers" or "margins," since the very designations imply that something has been conveniently left out.
Popular memory, then, is neither a retreat to some great tradition nor a flight to some imagined "ivory tower," neither a self-indulgent escapism, nor a desire for the actual "experience" or "content" of the past for its own sake. Rather, it is a "look back to the future," necessarily dissident and partisan, wedded to constant change.

A study of style alone will not engender meaning ... Style is only meaningful in the context of its use - in how it acts on culture and helps to illuminate the ideology within.

[T]he principle characteristic of Third Cinema is really not so much where it is made, or even who makes it, but, rather, the ideology it espouses and the consciousness it displays. In one word we might not be far from the truth when we claim the Third Cinema (as) the cinema of the Third World which stands opposed to imperialism and class oppression in all their ramifications and manifestations.

Film Studies For Free was very sad to report in a post yesterday that Teshome Gabriel, one of the activist founders of the critical discourses and practices of Third Cinema and popular memory, and a much loved and respected film professor at one of the finest film schools in the world, had passed away. FSFF has devoted a number of entries to online and openly accessible resources on Third Cinema in the past. Today's tribute post focuses on links to online and free to access works either by Professor Gabriel or ones which have been heavily informed by his work.
By Teshome Gabriel:
Informed by the work of Teshome Gabriel:
Other Useful Resources:
Posted by Catherine Grant at 11:06

Thanks for posting the extract from Gabriel. Without context, I'm a little uncertain what he's saying here, "Official history tends to arrest the future by means of the past. Historians privilege the written word of the text - it serves as their rule of law." Is the point that text is a privileged discourse both because of literacy and selectivity in which texts get reproduced or upheld? If so, the "privilege of the written word" seems to me more a secondary point - but then I often have this issue with ideological historiography which tends to locate politics as foundational, rather than as a manifestation of something more fundamental. (See also the dismissal of style, which I think has deeper roots and cannot be dismissed as "the context of its use - in how it acts on culture and helps to illuminate the ideology within." In many ways, it determines and fixes these contexts a priori; I don't think it's just window-dressing which seems to be the suggestion here unless I'm misunderstanding.

Also, the suspicion of texts is quite ironic since it is itself buried in a text, which has - notably - become canonical and helped define the very movement it claims as a reaction to text-central histories!

All of this should not be read as too harsh a criticism of the late Gabriel; rather the fact that his work raises such interesting questions and conundrums is worthwhile in and of itself.

Incidentally, when discussing style and Third Cinema, I always think of Isle of Flowers (one of my favorite shorts and sadly, one of the few Third World films I've actually seen from the 60s-80s; this is an area I really need to explore more). There's a case where style is crucial to the point being made; indeed, in many ways the film is the style.

Thanks again for posting!

Thanks a lot for your comment, MovieMan0283. You are right to say that, in Gabriel's work, it isn't just window-dressing that is under suspicion. Giving a proper context was difficult, given that Gabriel's most influential work is not freely accessible online. But hopefully there's enough of a selection of lines to follow for those who wish to find out about as well as to test out his ideas in today's context. Thanks again. And apologies for the delay in my reply.

This is one of the finest posts at FSFF. Thanks for this, Catherine. I really hope there's a reprint or online availability of his "Third Cinema in the Third World: The Aesthetic of Liberation". For now, these resources here are priceless.

(And a really incisive comment as usual by MovieMan there.)