Film Studies For Free is almost beside itself with excitement in the run-up to the annual awards ceremony of the Academy of Motion Picture Arts and Sciences. It's seen most of the main nominated films; it's read some of the coolest Oscar® previews (here and here); it has its (digital) digits tightly crossed (almost certainly in vain) for its favourites (and other nominated soft spots: 1 and 2); and it's worked out which live blogging coverage it will follow on that starry, starry night.

So now all it wants is what it always (really, really) wants: to spread relevant free Film Studies knowledge far and wide. Here goes, then, with a (mostly for-fun) round-up of online 'Oscar Studies' and other related resources of note, including, for the first time in FSFF's limited but noble history, a somewhat scary number of medical links:

Posted by Catherine Grant at 11:35 No comments:

How Do You Know It's Love? Because it's from the Prelinger Archive

How Do You Know It's Love? (dir. Ted Peshak, 1950 - Coronet Instructional Films), here in a YouTube version with commentary by Josh Way. The full-length version, thankfully without the mocking voiceover, Mystery Science Theater 3000-style, is available at the Internet Archive as part of the Prelinger Archives. Sadly, it couldn't be embedded in this post.

What is love in this digital age, ponders Film Studies For Free on this fine Valentine's Day morn? Plenty of answers to that question, as well as to others of equal and greater import, are freely accessible at the Internet Archive, courtesy of the Prelinger Archives' treasure trove of Coronet Instructional Films.

The video embedded above is an adorable teen-example of Coronet's instructional genre, but also see Dating: Do's and Don'ts, Marriage Is a Partnership, Are You Popular?, Going Steady? and Communism:

Coronet Instructional Films were shown in American schools starting in about 1941. The company was an offshoot of Coronet Magazine, a digest-sized magazine that itself was owned by Esquire, Inc. Owner David Smart was deeply interested in visual education and the power of the film to teach and convince, and built a full studio on his estate in Glenview, Illinois, where at its height hundreds of films were cranked out each year. The films were sold to schools and libraries by a network of distributors and were quite successful -- in 1976 Coronet celebrated its sale of 1 million prints.

The archive collection that has publicly offered up these online video versions of the Coronet Films truly merits, and has won, Film Studies For Free's undying love. Indeed, the Prelinger Archives are ones that have been painstakingly built up as a labour of love for and devotion to otherwise rarely preserved films. The Internet Archive stores digitized versions of over 2,000 key titles from the collection for free downloading and reuse - an amazing resource for academics and all those fascinated by the crazy hinterland of the mainstream film world.

For a fascinating account of how writer, archivist and filmmaker Rick Prelinger set up his collection of 60,000 advertising, educational, industrial, and amateur films, see A Short History of Prelinger Archives, Part I . You should also experience Rick Prelinger's Panorama Ephemera at Vectors Journal. And if you'd like to be as inspired by Prelinger's digital and other activism as FSFF is, then watch the two videos below. As for this (very platonically-) enamoured blog, it sends a dozen, red e-roses though the blogosphere to the rather fabulous (and very well partnered) Mr Prelinger, in admiration of all his valuable work.

'Interview in San Francisco, April 2007. Here, Rick Prelinger explains why he used the films from his collection to form the biggest moving image archive on the internet. He talks of his offline library, and how all the above relates to the matter of serendipity in a query-driven information environment.'
'San Francisco, April 2007. Here, Prelinger underlines how innovative technology opens up new visions of the possible, but stresses that its ultimate effect is contingent on other factors. Many media platforms simply die and are not heard from again. Regarding copyright, Rick describes its emergence from an esoteric subject to a consumer issue, but emphasizes that from the point of view of cultural production, access to original materials will go on being more important than copyright issues in most cases. In closing, he calls for a dialogue between users and producers of culture, to establish a new compact.'
Posted by Catherine Grant at 11:52 2 comments:

Agnès Varda on gleaning, plus other free public open video lectures from the European Graduate School

As 'gleaning' is this blog's favourite activity, Film Studies For Free was happy to explore the European Graduate School (EGS) video channel at YouTube. The channel offers access to videos and video clips of great lectures, sessions, and interviews with well-known guest professors, including many filmmakers and film/media academics at the EGS Media and Communication Studies Department, Saas-Fee in Switzerland. You can access another list of older, shorter guest-lecturer, videos/clips (streamed using RealPlayer) at the EGS website, too. See below for the film and media studies highlights (in FSFF's opinion) of both EGS video-lists:


Posted by Catherine Grant at 11:26 No comments: 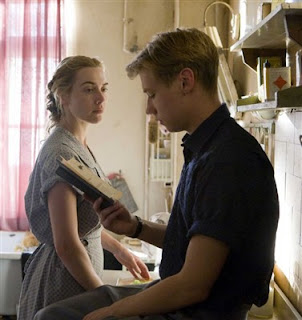 Prompted by renewed debates about Holocaust denial, as well as by recent discussion of 'Holocaust films' generated by the release of Stephen Daldry's new film The Reader, Film Studies For Free found itself duly compelled to come up with a 'webliography' of high-quality Film Studies articles, e-books, and e-theses about the Holocaust and Nazism on film, as well as on related matters of historiography, ethics, and representation. All are freely accessible: just click on the links below.


Posted by Catherine Grant at 15:57 No comments: 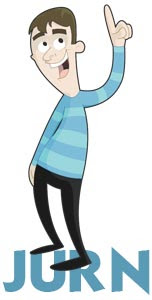 A snow-bound Film Studies For Free wanted to rush you the latest news from Intute: Arts and humanities' Blog. As FSFF has previously reported, Intute is a UK-based, JISC-funded, 'free online service providing you with access to the best Web resources for education and research, selected and evaluated by a network of subject specialists'. In a post today, one of its contributors dhaden, aka artist-blogger extraordinaire D'Log (also of the e-Journal of Virtual Worlds Research), writes that

Since 1st January I’ve found and added 70 new records for full-text ejournals — mostly in art/media/film/literature/cultural studies, plus cultural history and design — and I still have a few more to add yet. Intute: Arts & Humanities now holds records for around 1000 academic ejournals in the arts and humanities.

Wouldn’t it be nice to be able to search the full contents held at all these URLs, via a single keyword box? Now you can. I’ve added all the relevant urls, plus a half-dozen selected urls found via Intute: Social Sciences, to a new Google ‘custom search engine’ I’ve titled Jurn.

It’s experimental, it’s quick (90 minutes), and it’s not perfect — it omits journals with extra-long urls and/or Flash-only websites (Google doesn’t play nicely with them) — but it offers all Google’s filtering options.

A great new tool and Film Studies For Free will add it to its box as it continues ever onwards on its noble quest to comment on and link to online, open-access, film studies resources of note.
Posted by Catherine Grant at 10:27 No comments: