“Why is this as it is?”: The Question of Cavellian Film Studies 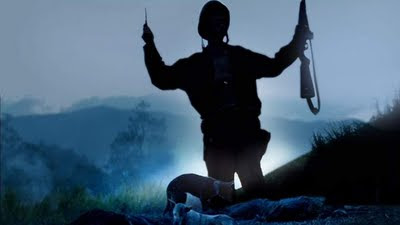 Klevan, who was responsible for one of the most enlightening of published interviews with Cavell, very eloquently sets out some of the discipular attractions, for him (and, by FSFF's extension, for other film scholars, although not for all of those listed above, or below), of Cavell's philosophical criticism as follows:

One aspect of Cavell’s method is that it does not presume there is a self-evident way to approach a text or assume what a revelatory instance in a text might look like. Cavell is especially alive to moments, possibly ordinary or straightforward, which he reveals to be quietly mysterious.

This approach is particularly telling with regard to film where the ordinary lucidity of film dramatisation means significance may be readily available but not immediately easy to see. For Cavell, a single dramatic action, a posture, a gesture, or a seemingly perfunctory line of dialogue triggers an open-ended investigation, and is unexpectedly fecund. Cavell writes, ‘The work of such criticism is to reveal its object as having yet to achieve its due effect. Something there, despite being fully open to the senses, has been missed’ [Cavell, Philosophy the Day After Tomorrow (Harvard University Press, 2006), p. 11]. One turns to the moment, initially perhaps with only the vaguest intuition of its worth, and returns, repeatedly testing its components and one’s own experience of it.

Through an intricate, and intimate, investigation of how the elements of a moment, a scene or a sequence work, one endeavours not simply to reveal meaning but to trace the movement of meaning. Secondly, there is the very act of writing, especially description, which is a means of revelation. Because film has a special capacity to embody the metaphorical in the literal, in the physical and in the real, we may describe the actual in such a way that discloses the symbolic. Thirdly, there is the question of how the moment relates to the film as a film: observing how the style of this film works is also a way of reflecting on how this film uses the medium, how it reflects on the medium; indeed our modes of reflection, quite appropriately, reflect each other.

There is also, finally, and crucially, a critical dimension, or more accurately an appreciative one to philosophical criticism. Cavell writes about, ‘a particular form of criticism…after the fact of pleasure, articulate[s] the grounds of this experience in particular objects’ [ibid.] This appreciative dimension is often missing from academic film analysis, philosophically minded or otherwise. As Adrian Martin writes, ‘appreciation is what the spectator must rise to and what she or he can create…in an interplay of description, evocation and analysis’ [Martin, 'Secret Agents', Fipresci, Issue 4 , 2007].

Below are FSFF's weblinks to openly-accessible, film-related works by or about Cavell, as well as to other, notable, online film studies or discussions inspired or informed by his work:
Follow Film Studies For Free on Twitter
Posted by Catherine Grant at 14:15

Wow, thanks, Catherine. Though I know a few of the links, this impressive collection gives me all kinds of reading for the weeks ahead. (Big Cavell "fan" over here.)