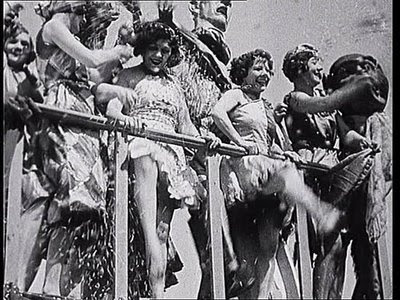 Image from À Propos de Nice (Jean Vigo, 1930)
Film Studies For Free is about to depart on its holidays (sun, sea, sand, and definitely no cyberspace), but -- philanthropic to the last -- it wanted to leave its readers with some cultural and educational sustenance during what will inevitably be its much lamented absence.

So, here, folks, are some (emboldened) links to a few of FSFF's favourite free full-length films currently online, including mini-Luis Buñuel, Alfred Hitchcock and Jean Vigo fests:
See you all again in early-ish August with mammoth links-posts, more video essays, and some 'think-pieces' about Film Studies online, too...
Posted by Catherine Grant at 12:08

That Bunuel documentary is directed by Jacques Rozier, by the way.

Thanks for this important information, Ignatiy.