Tune in to Antenna 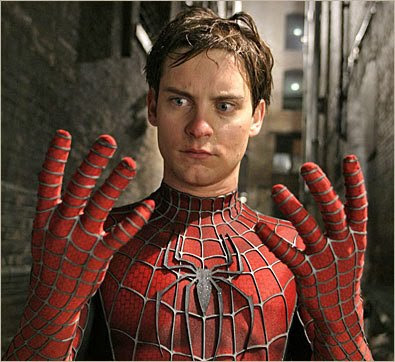 [Film Studies For Free will be sorry to say goodbye to Tobey Maguire's Peter Parker/Spider-Man...]

Film Studies For Free wanted to let its readers know about Antenna, a very stimulating blog from graduate students and faculty in the Media and Cultural Studies area of the Department of Communication Arts at the University of Wisconsin – Madison.

Here's what this relatively new site says about itself:


Antenna is a collectively authored media and cultural studies blog committed to timely yet careful analysis of texts, news, and events from across the popular culture spectrum. The site regularly responds to new works and developments in television, film, music, gaming, digital video, the Internet, print, and the media industries.

Antenna is intended to address a broad public inside and outside the university walls. Within those walls, though, it further intends to bridge the gap between scholarly journals, which remain the paradigm for scholarly discourse but too often lack the ability to reply to issues and events in media with any immediacy, and single-author media scholar blogs, which support swift commentary but are limited in their reliance upon the effort and perspectives of individuals. Coordinated by a group of writers who draw on a variety of approaches and methodologies, Antenna, therefore, exists as a means to analyze media news and texts, both as they happen and from multiple perspectives.

Antenna is currently operated and edited by graduate students and faculty in the Media and Cultural Studies area of the Department of Communication Arts at the University of Wisconsin – Madison. Although, while in its current stage, the content published on the site is written largely by members of that program, Antenna is currently in the process of expanding our author team, and we hope eventually to include contributions and comments from a diverse collection of writers.


Antenna’s goal is to create a forum in which readers and contributors participate in active, open, and thoughtful debate about media and culture.

Antenna is designed to respond quickly to events, and thus rather than be published on a set, periodic schedule, Antenna updates its content continually. Because Antenna is interested in timely responses, we encourage short entries. Extensive presentation of evidence is not required, though supplementary links are encouraged.


With its extremely lively house style, and wide-ranging topics, FSFF thinks Antenna has a great future ahead of it. For examples of some good film-related posts, it recommends you check out the following to start with:
You can also follow Antenna's updates on Twitter.

Posted by Catherine Grant at 09:40