Support Film Studies and Comparative Literature at the University of Iowa 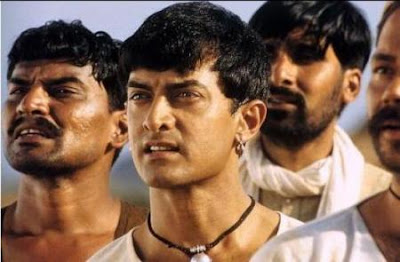 As its regular readers know, Film Studies For Free normally dwells in the sunny realm of the eternally positive and does not generally rush to the barricades over just any unpleasantness (see here, however, for an earlier, important exception).

Today, though, it wishes briefly to suspend that normal service in order to state publicly, and strongly, its support for the continued existence of the programmes of the Department of Cinema and Comparative Literature at the University of Iowa, USA, which have recently come under threat.

Here is part of a statement from Professor Corey Creekmur, Head of Film Studies at Iowa, posted at the Society for Cinema and Media Studies website:


An ad hoc entity called the Provost's Task Force on Graduate Education and Selective Excellence has just recommended the elimination of the PhD program in Film Studies at the University of Iowa, along with the MA and PhD programs in Comparative Literature. It has also recommended that the MFA in Film and Video Production be moved to a newly proposed Division of Communications (with Journalism and Communication Studies), and that the MFA in Translation be moved to a newly proposed Division of World Languages and Cultures (with the foreign languages). These undesirable and illogical moves would in effect dismember the current Department of Cinema and Comparative Literature. Ours are not the only programs under threat, but ours is the only department that would be obliterated if the committee’s recommendations were to be followed.


[...] Clearly, the impressive legacy and ongoing vitality of the Film Studies program at Iowa were ignored in this decision.  We are enormously proud of the accomplishments of our graduates, who have been crucial to the development and continued growth of Film Studies as a scholarly discipline in North America and beyond. Our current students promise to continue that legacy into the future. Former Iowa students are among the most productive scholars and influential teachers in the field, and while we do our best to continually inform the administration of this fact, we would now greatly appreciate your helping us to clearly and forcefully articulate the importance of the excellence of our programs to those who will be deciding on the future of our programs.


Although this blog is called Film Studies For Free (in celebration of online film studies and of Open Access dissemination of publicly-funded film research), it knows that the best, most original, and most sustainedly high quality Film Studies scholarship takes place precisely in excellent university departments, led by brilliant faculty members who are engaged in research-led teaching.

Once FSFF readers have read about the decision in more detail, they might like to consider sending their own short statements of support for the department to Corey Creekmur, as head of Iowa Film Studies, via this email address. You can also join a Facebook group set up to campaign for the Cinema and Comparative Literature programs here.

Film Studies For Free urges its readers, then, to take the time to support Corey's call, and it wishes the very best of luck to all in this department in their campaign against the decision. These are, very probably, going to be extremely testing times, everywhere in the world, for those engaged in university Film Studies teaching and research: it is, thus, more important than ever to stand together.
Posted by Catherine Grant at 15:18

Catherine, we can't thank you enough for this stirring note of support (and I have to thank you personally for the appropriate image)!

Just to clarify: the initial message went out directly to Iowa Film Studies alums, but we are now welcoming statements of support from ALL film scholars. Thanks in advance to everyone for their kind words and strong encouragement.

Catherine, Thank you so much for your support of the University of Iowa's Film Studies and Comparative Literature Departments. I think that your link to Dr. Creekmur's address has a bug, however. I could be mistaken, but I believe it's corey-creekmur@uiowa.edu (rather than creekmur@uiowa.edu).
Thanks! (and I really enjoy your blog)

Thanks Corey and kat. I've now corrected the email address for Corey (I got the wrong one from Facebook). Big apologies to anyone who tried to use it in the meantime. By the way, this post got a huge number of hits so hopefully at least some people who may not have known about this situation are now up to speed with it. Good luck with the campaign.