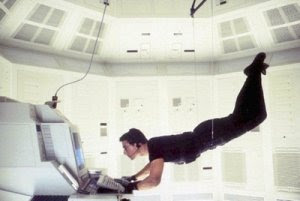 Due to a devastating case of total PC meltdown (following painful months of on-and-off digital trouble and strife), Film Studies For Free brought you nothing new for over a week...
But now it's back.  Its mission is possible once again. And this time it's brought to you by a new, more reliable, and thoroughly inspirational computer host (think Scottish fruit).
FSFF never wants to go away again (until vacation time at least). But it may struggle for a wee while, while its owner learns the cool new language of her wonderful new i-World.
Anyhoo, here are some choice links to celebrate its stylish return:
Posted by Catherine Grant at 10:50

I will be little shameless cinephile and add...our new issue of Indian Auteur on the late master Ritwik Ghatak. :)

Does this mean you've gone Mac? I'm planning to do the same as soon as possible. My laptop was expiring, but perked up as soon as I started shopping around for a replacement. I swear these machines have got us figured out...

Hope the new machine works out for you.

Nitesh, Thanks so much for the links (neither shameless or shameful to give great pointers - it's very much welcomed here). FSFF will write about the fabulous Indian Auteur site very soon.

And Dan, yes, have gone over to the (shiny, bright) Mac side, after so, so many years with a PC - mainly to sort out wireless network adapter problems, but other technical conflicts and viruses/worms over the last months played a part. So far, so utterly transformative....