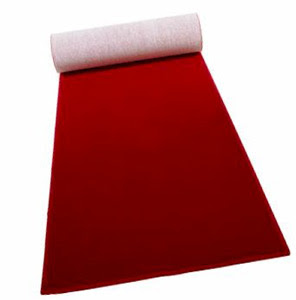 As regular Film Studies For Free readers will know, this blog likes to flag up worthwhile examples of innovative online pedagogy in the film and media studies field (see previous related posts HERE, HERE, and HERE).

This Monash University 2009 Unit aims to give an understanding of the contemporary phenomenon of the International Film Festival as an event within global circuits of film culture. It is not a Unit devoted to film analysis per se; but rather to the socio-cultural institutions of the Festival circuit – taking in issues of audience, economics, promotion, programming and curation, cultural and ideological agendas, etc, and the relationship to other circuits of film culture such as mainstream exhibition/distribution, cinémathèques and museums, etc.

Film Studies For Free's author very much approves of Martin's teaching practice on this unit. (She established an undergraduate course on Film Programming a couple of years ago, which is still running, albeit under new management these days.)

Professor Iordanova is one the lead team members of the Dynamics of World Cinema research project undertaken by the Centre for Film Studies at the University of St Andrews and sponsored by The Leverhulme Trust. (Full disclosure note: Adrian Martin and FSFF's own author are both members of the International Advisory Board of this project). The project describes itself thus:

This two-and-a- half-year-long study will examine the patterns and cycles of various distinctly active circuits of contemporary film distribution and exhibition, and the dynamic patterns of complex interaction between them.

[Project attention] attention focuses predominantly in four areas of the global circulation of non-Hollywood cinema: the international penetration of international blockbusters mainstream distribution, the film festival circuit, the film circulation via diasporic channels, as well as the various Internet-enabled forms of dissemination. The project's distinctiveness is in the endeavour to correlate these diverse strands and foreground their dynamic interactions.

For updated news, as it happens, the Dynamics of World Cinema Blog can be found here.

During the Film Festival Workshop held on 4 April 2009 in St Andrews, our discussants talked about some of the most pressing issues that were concerned with the development of Film Festival Studies.

Click on the links below to hear what they said:

Also, please check out the Fipresci (international federation of film critics) website for an abundance of fascinating and useful material about film festivals.

Posted by Catherine Grant at 13:17