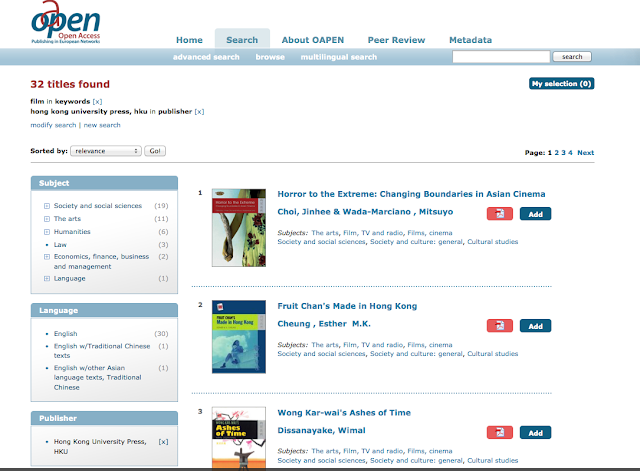 A little interchange on Twitter, this morning, with the fabulous open access book library OAPEN has revealed to Film Studies For Free that TWELVE film studies books published by Hong Kong University Press in the last ten years have recently been made freely accessible via the OAPEN website! The keyword search link to access all OA HKUP books with a film connection is here. Below FSFF has listed links to the twelve e-tomes with the most substantial film studies content. When you arrive at the linked-to page for each item click on the PDF icon there to download the books.

All of these will now be added to FSFF's permanent listing of links to open access film and media studies e-books! Thank you to all the below authors, to Hong Kong University Press and, especially, to OAPEN!

Posted by Catherine Grant at 09:54