Video essays from Mediascape and a New Year's resolution from FSFF 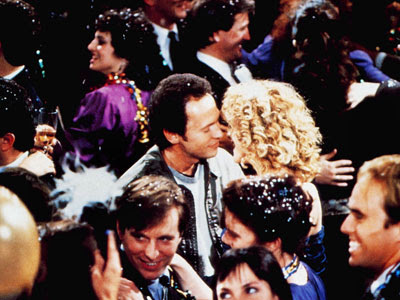 It's New Year's Eve and Film Studies For Free has a prescriptive 'prediction' to make: that, in academic cinema and media studies, 2010 ought to be the year (and the subsequent 'teens' ought to be the decade...) of the video essay...

It will certainly be the year of the video essay here at FSFF. All deities, pagan spirits, and serendipitous or voluntaristic self-happenings willing, the BIG New Year's resolution at this here verbose blog is to research the video essay's potential for film studies through repeated practice, setting FSFF's neophyte, scholarly, AV efforts alongside its regular links-lists to mind-bogglingly fabulous, or just solid and fruitful, freely-accessible film and media studies resources.

For some time now, FSFF has been gathering inspiration and ideas from a wide variety of sources as to what truly scholarly video essays about films and film studies might look and sound like. You can visit some of its previous mutterings about these topics here, here, here, here, here, here, here, and here. So, it was delighted to hear, via Janet Bergstrom, that some of the latest (and best) explorations in this format have been published by UCLA's online and Open Access cinema and media studies journal Mediascape.

Below are the links to, and titles and abstracts of, this wonderful work in the latest Mediascape issue.

Following a trend begun in Mediascape’s Spring 2008 issue, we are once again showcasing a selection of visual essays. As Eric Faden observed in “A Manifesto for Critical Media,” while media continues to move forward, we as scholars need to follow suit and embrace the new technologies available to us for our scholarship. This means expanding the traditional tools utilized by media scholars such as primary archival research, textual analysis, literature review, the written word and the occasional still image, by using moving images to engage and critique themselves, to illustrate theory, or to reveal the labor of their own construction.

The following visual essays were created by Cinema and Media Studies students at UCLA under the guidance of Professor Janet Bergstrom, and are marked by a unique, creative approach to a variety of topics such as the filmic style and influence of HBO programming; an inter-twined production history and auteur study of Orson Welles and his film F for Fake; an industrial-genre analysis of the Wii and its style of play; and, in the wake of Barack Obama’s election to President, a look at representations of African-American presidents in film and television.

These projects exemplify how the traditional scholarly mode of the presentation and investigation of a thesis through the introduction and analysis of various kinds of evidence that is central to the format of a conventional written essay, is not only retained but enhanced by the transformation to a moving, visual text. Here, voiceover embodies the author’s voice, and when laid over a clip of film, television, or other media, enables a more compelling and precise analysis to leap from the page to the screen.

Only in the most contemporary moment has the notion of a black president been a historical reality, and yet this imagined figure has been represented in film as far back as 1933's Rufus Jones for President played by a seven-year old Sammy Davis, Jr. to Terry Crews' hypermuscular President Comacho in 2006's Idiocracy. “White House, Black President” studies the imagination of black presidency and its politics of representability in three areas. In an act of retroactive reclamation, Clifford Hilo's "Barack Obama and the Politics of Joy" searches for the apropos filmic metaphor for President Barack Obama and finds it in representations of Abraham Lincoln. In dialog with Adilifu Nama's Black Space: Imagining Race in Science Fiction, Julia Wright's "Black to the Future" explores the intersection between blackness and science fiction films since the 1990s, asserting that the presence of black presidents in such a genre provides a meditation on blackness, masculinity, and social progress in America. Maya Smukler's "White House Humor" examines the use of political satire by black comics such as Richard Pryor, Eddie Murphy, and Chris Rock, in which humor arises from the incongruencies between race, power, and American history--for these comics, it is precisely the improbability of such a representation that, until recently, that has supplied the notion of a black presidency with such satirical valence.

'Layers of Paradox in F for Fake' by Benjamin Sampson

This visual essay explores how Orson Welles uses the text of F for Fake to comment on his long and troubled career in filmmaking. On the surface, F for Fakeseems to be a case study in charlatans, detailing the exploits of art forger Elmyr de Hory and his biographer Clifford Irving, who himself was also a famous book forger. In the broader view, however, Welles’ uses the film to express his personal views concerning two subjects that had hounded his profession life: the ambiguity of authorship and the negative effects of commerce on the art world. Through patterns of film construction, visual motifs, and allusions to previous works, Welles consistently foregrounds the themes of authorship and the art market and their relationship to his own past. He also expresses several views concerning success in the art world, drawing connections from the characters on screen to his own career. In the end, however, many of Welles’ opinions in F for Fake contradict themselves. His logic creates several circular paradoxes, which mirrors the playful, circular nature of the film itself.

Picking up where John Caldwell left off in his discussion of post-network permutations of style and narrative in 1995's Televisuality, Erin Hill and Brian Hu discuss HBO's forging of a unique brand of quality through its original series beginning in the 90's. HBO not only increasingly chose for its original programs the filmic look first pioneered by network shows like Miami Vice and Hill Street Blues, but, through strategies such as widescreen formatting, the production of prestige properties, and the appropriation of authors and genres strongly associated with film, the cable network also aimed increasingly at obtaining for its programming the high culture status that had previously been reserved for only the greatest and most critically acclaimed works of cinematic art. The channel's success in thus defining itself as something above and beyond television (not TV but HBO), in turn, had an effect on network and basic cable narrative and aesthetics from which it had attempted to distinguish itself, causing the cinematic envelope to be pushed further and in more ways than ever before through attempts at "Quality" (a.k.a. film-like) programming.

'Towards a New Genre of Video Game Play' by Drew Morton , David O’Grady and Jennifer Porst

In, "Towards a New Genre of Video Game Play," Jennifer Porst, David O’Grady, and Drew Morton explore the body at play in relationship to new interfaces of video game consoles that offer digital agency beyond the click or the thumb and the experiences they offer—what the authors dub as “gestural play”—from industrial, theoretical, and generic perspectives. In the essay's first section, Porst analyzes the recent home video game console war to explicate the success of the Nintendo Wii and its different positioning in the marketplace from the X-Box 360 and Playstation 3. In part two, O'Grady provides a phenomenological examination of the Wiimote interface in a case study of Wii Tennis, arguing that gestural play enriches the dialectic between body and screen. Finally, Morton concludes with a generic and historical analysis of video game interfaces that suggests the use of the body in digital play has at last become more than a passing fad; gestural play is becoming as a new genre of video gaming and a productive mode of video game analysis.

Posted by Catherine Grant at 12:01

I agree 100% with your assertion that the video essay (and thesis as well!) is a key development for Film and Media Studies. Copyright apart, it seems both logical and essential to integrate the whole range of media available to fully understand and explain ideas in this area.

What's the point of doing a study of, say, Film Noir, without being able to illustrate the points being made by referring to actual clips of the films themselves or audio broadcasts or links through to full-text essays, theses, etc...?

We certainly have the technology at our disposal, as well as the wealth of multimedia resources that are now becoming available to create this form of 'transliterate' approach to scholarship. What needs to change, I guess, is the mindset, that supposes that text is the only medium acceptable for conveying ideas. It's coming, as you rightly point out, and the sooner, the better!