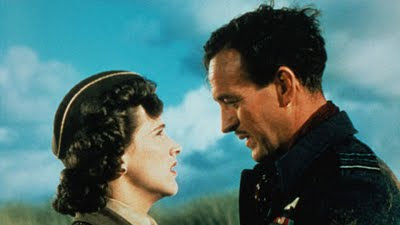 Image from A Matter of Life and Death (Michael Powell and Emeric Pressburger, 1946)

In yet another daring raid on a university research repository - this time, one based at Royal Holloway, University of London, home to a wonderful department of Media Arts - Film Studies For Free discovered three openly accessible articles by John Ellis, author of Visible Fictions: Cinema, Television, Video (1992), TV producer, and one of the most influential academics in the history of media theory and British cinema studies.

FSFF then extended its search for other online research items by Ellis and found the following:

FSFF also wanted to share a related, and truly excellent article by a different esteemed author, which makes much good use of Ellis's work:

Posted by Catherine Grant at 09:51